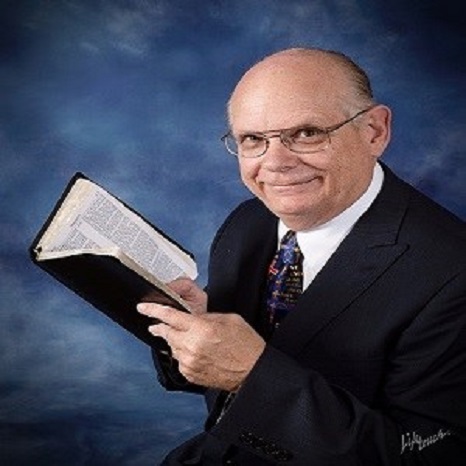 What is a writer’s job? Before answering that, we need to see what it isn’t, or what constitutes bad writing.

Several years ago, I spoke at a meeting in a local library. The librarian knew I was an author and invited me to speak at one of the library sponsored meetings. The subject was a review of a book by a famous author (name intentionally withheld).

I didn’t know the author or her books, but I agreed to do the review. That was a major mistake, and as a warning I suggest you always know the who, what, where, and how, before you say ‘yes’.

I took a copy of the book with me and began reading it. It didn’t take long for me to discover that the book was filled with foul language and filthy sex. It was a struggle to read and very offensive. Finally, I went to the librarian and expressed my desire not to review the book.

I don’t remember our conversation word for word, but in the end, I decided to honor my commitment. That was one of the most difficult reviews I have ever done. It was a terrible book which I would never recommend.

But the plot was strong and could have easily stood on its own without the language and sex. The author had a good imagination, but somehow felt it necessary to include graphic sex and language, which made it a terrible book.

But it was a best seller!

How could I condemn a best seller as a bad book? And if my views were correct (they were), how come it was a best seller?

I will answer the second question first. It is simple: Sex sells! As does filthy language.

As for the first question, I said bad things about the book because they were true. Remember that it is not sex, violence, and swearing that makes a great book, but plot, believable story line, and strong characters.

Back to the meeting. In my review I condemned the book’s excess. One attendee, obviously a fan of the writer, objected. She claimed to know personally the author who she claimed was a great person. Which may be true, but I didn’t attack the author, only the book.

Like I said I never said a word against the author. I condemned the writing. And there is a difference between them. But the attendee then attacked me. There were others in the room who were split between us. Some agreed with me, others didn’t.

Since that meeting I have talked about writers not using profane language or excessive graphics. I also wrote in the blog about it. A reader responded by saying that I was imposing my religion on the readers.

That was not true. Long before I asked Jesus into my heart to save me, I knew that such writing was wrong. There was even a time I enjoyed that kind of literature, but I knew it was wrong.

Now I am a Christian and have the Bible as my guide. But whether a writer is a Christian or not is not the issue. Great writing uses the imagination of the reader.

After the break, I will discuss this further.

T&R Independent Books brings you this blog post or podcast to keep you informed on the issues of today. Authors need to stay informed so that they can relate to their readers facts as well as entertain them with their imagination.

It’s Your Business is a video service to help authors learn how to set up their business. We provide free video training where you learn why you, as an author, are already a businessman or businesswoman. You also learn basics for structuring your business. Along with these videos are Learning to Write with the basics you need.

To discover how we can help you be the writer you want to be, write to us at marketing@tr-indbkstore.com. We will respond with a free copy of our Guide to Writing.

Some people might object to my statement that great writing uses the imagination of the reader, and point to the author’s sales as proof.

But sales don’t make a great writer, either.

Pornographic books about in our world and they sell. That only proves the depraved nature of mankind. Many people enjoy that sort of thing. But pornography in any format is not a great thing.

Neither is excessive violence. I use violence in my books along with sex. But I leave the imagination up to the reader. Putting swearing, graphic sex and violence in a book doesn’t make it more realistic. Contrary to the idea that all men and women swear, have illicit affairs, and are violent, there are many people out there who try to live their life and maintain a good reputation. Some of them are Christians, but there are many non-Christians who try to live moral lives.

A writer’s job is to stimulate the reader’s imagination, not replace it!

The reader’s imagination is important. It is one of the tools we writers have at our disposal. One of our goals is to stir that imagination to the point where the reader identifies with one or more characters and gets involved in the plot to the extent he or she can picture it.

You’ve heard the term, ‘a picture is worth a thousand words’, but the reverse is true also, ‘a thousand words paints a picture’. A painter: that is what I see a writer as. We are painting with words.

So, how should a writer paint?

Put another way, how do you the author show passionate characters and/or events without crossing the line?

Believe it or not, there was a time when authors solved this dilemma. In the case of language, they simply used symbols, such as, #$@&%*! And these are called grawlixes. Odd word, but I looked it up and that’s what they are called.

There are a lot of reasons and uses for grawlixes from extreme curses to any swear word at all. It is up to the author. While in today’s world the use of grawlixes is hardly used, I think Christian authors should use them. Sometimes, you want your character to respond emotionally. For instance, a man smashes his finger with a hammer. That suggests a strong word, maybe a curse. Then use a grawlixes and let the reader’s imagination fill in the word.

In the case of violence, you can write a violent scene without all the blood and guts. For example, in my novel Perished: The World That Was, the following scene took place:

Akkub turned and saw Meremoth rushing at him. He blocked the initial strike although staggered by it. Meremoth used a two-handed grip to force Akkub back. Suddenly Akkub lost his footing and Meremoth’s sword came slicing downward unblocked.

Everything seemed to stop as the General looked at his severed hand still gripping the sword.

Here we have a sword fight that results in one man losing his hand. The amount of detail provided is not too graphic, but it is enough to stimulate the reader’s imagination. And different readers have different levels of imagination, so each reader may picture the fight differently. In any case, the scene is full of action yet not too graphic.

The violence was visible, the result was obvious, but it didn’t get into the gross appearance of the hand.

In truth, the reader’s imagination is a valuable tool available to every writer willing to make use of it.

It is a tool that needs to be sharpened. You do that by using it. Moreover, you experiment and see what works. As deeply as I believe in what I am saying I have had people who reviewed my rough drafts tell me that I needed to back off in this or that scene. So, you need people you trust to review your rough draft before you submit it for publishing.

Is it to simply get rich? Then you’ll probably reject everything I’ve said.

Is it to simply write? Then you may or may not care about this blog or about sales.

Is it to write your very best book? Then I contend you want your writing to be above reproach. Fame and sales would be nice, but you want to be able to say to yourself, I did my best. And that brings a deep sense of satisfaction!

I promised that I would keep you informed about the website. Well, it is not completed, but the blog has now transitioned to it. And my wife is beginning her own blog!